Modernist Architects that made Palm Springs the historically significant community we are today.  The draw for people all over the world is mostly because of what these visionaries created here in the valley.  Architects from Hugh M. Kaptur to Wiliam Krisel to name a few.  There are many books and information on each.

Born in Los Angeles, Chambers attended the University of Southern California. Soon after he became well known for his desert living style of architecture. He teamed with John Porter Clark and Albert Frey and together created incredible homes in what was an untamed and full of opportunity area of Palm Springs.  His work includes the Palm Springs City Hall as well as other residential, commercial and civic projects.

Back when Palm Springs was just a clean slate for vision, Clark was instrumental in the direction architecture took because of his involvement in the Planning Commission.  Who knows where or what Palm Springs would look like today if it weren't for Clark.  Some say he is the Father of Architecture in the area.  Clark graduated from Cornell University and eventually began working with Albert Frey on the homes of private citizens.  Clark also had a vision for hospitals, hotels, and schools.

Cody has a distinct style of elegance and sophistication. He worked with Cliff May while attending USC and that is who he picked up his style of proportion and slender frames.  Cody became a staple for building and designing clubhouses and private homes as the 1950's boom hit in Palm Springs. He was known for the gold standard of country clubs.

Frey's introduction to Palm Springs is mostly due to Aluminaire, a futuristic and metal-clad house he designed which caught the attention of one of the Kocher brothers to design combination apartment and office building.  Frey's work included the mix of contextual expression and Swiss filtered designs that perfectly addressed the extreme condition so the desert.

Two projects Jones is known for are the Palm Springs Tennis Club and the Town and Country Center.  Features that made his work so recognizable were wide overhangs and interior courtyards. These features worked well with the climate of the desert. He also used turned down eaves and vertical louvers on west-facing facades to protect the structures from heat.

Kaptur sees himself as different from his predecessors in that he uses contrasting materials that take into account the climate and landscape.  Walls of glass, beams and curved rooflines were only part of his favorite styles.  Kaptur always considered cost as a factor and therefore used wood as his choice for framing.  Villa Caballeros is one of his creations as well as many private residences in Palm Springs.

Krisel is well known for the work he did with the Alexander Construction Company which built many of the mid-century homes known to be part of the draw to Palm Springs. His firm designed the famous Ocotillo Lodge in south Palm Springs and one of the original neighborhoods known as Twin Palms. Clerestory windows and walls of glass are two features common in his designs.  His designs were simple yet timeless.

Lautner's creations appealed to a mostly wealthy clientele.  He is famous for the Elrod House which was used in the movie Diamonds Are Forever, and also the Bob Hope House in south Palm Springs.  The features of his style are recognizable and memorable to those who follow Lautner.

Neutra was well known for glass and natural light concepts.  Palm Springs complemented his work well for the ease of incorporating water, air, and fire.  The Kaufmann House which was memorialized by the poolside gossip shot by Julius Shulman has become a Palm Springs thing to know.  The use of industrial materials for indoor and outdoor living is an apparent of his work.

You can't drive through Palm Springs without seeing a Wexler design.  He worked with the office of William Cody and soon established his own name and design.  Wexler designed homes, banks, schools, and offices.  The Alexander Steel houses of the early 1960's created the prefabricated construction of a kitchen, baths, and mechanical systems.  Those home were quick to construct. The Palm Springs Spa and Dinah Shore House to name a few.

Williams has a vision of staying true to natural sites and keeping the environment as a back drop to connection with people friendly spaces. The Edris house was one of his designs.  At the Edris House he made sure the pool was built first so that as to not disturb the landscape. This was true to his feeling of a home emerging from the landscape.  Another design was the Santa Fe Savings and Loan and the Palm Springs Art Museum.

Williams created beauty with the use of wood, brick, and stone because of it's natural essence.  The Palm Springs Tennis Club was one of his designs.  He designed the interior of the Milton Kreis drugstore and coffee shop in the Oasis building, as well as, the Lucille Ball and Desi Arnaz home in Thunderbird Country Club.  He also modernized the El Mirador Hotel. 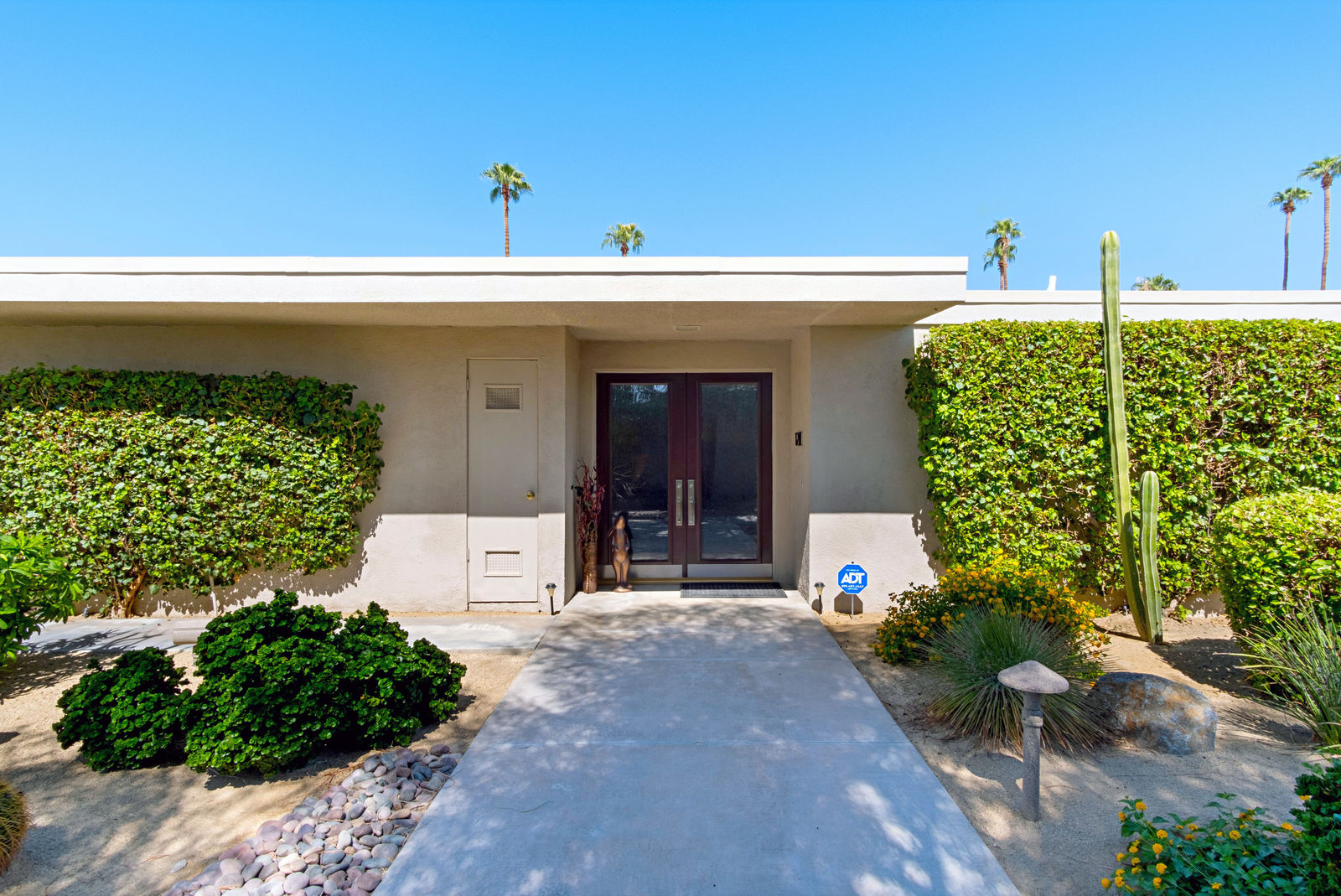 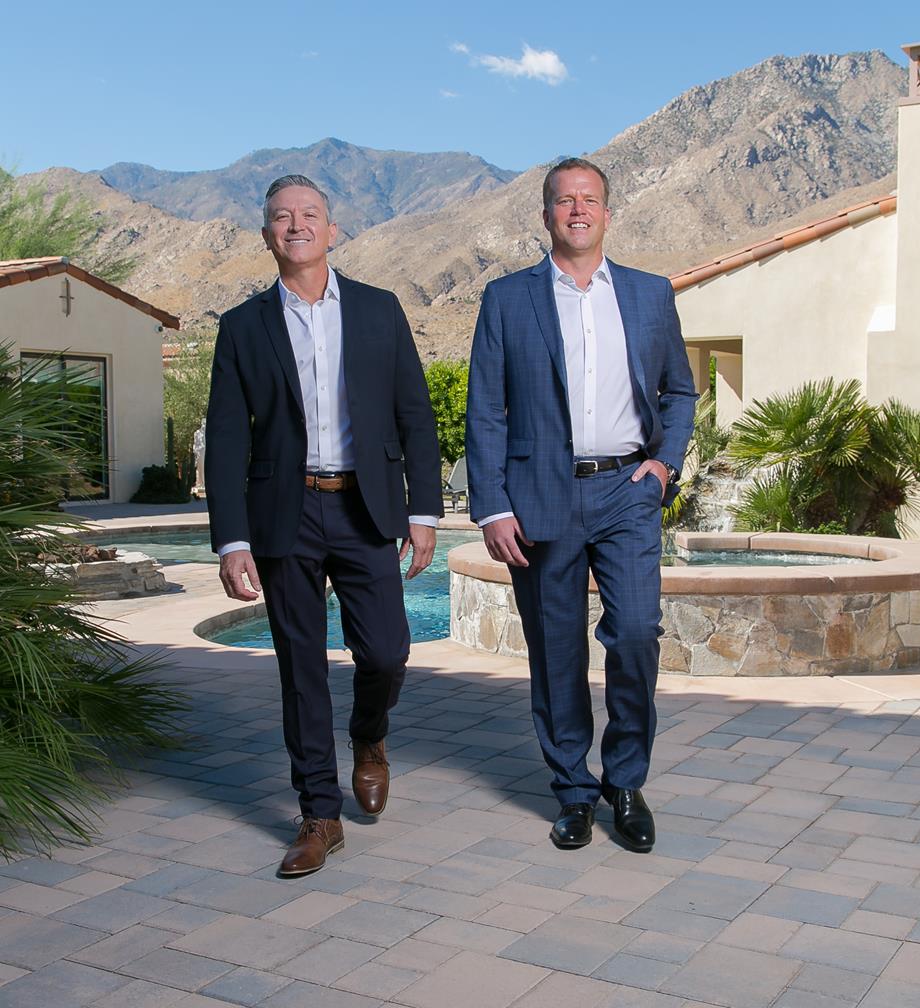 Whether you're a first-time home buyer in search of your dream home, a seller looking to downsize or an investor looking for a great opportunity, working with a dedicated real estate professional can make all the difference.

We deliver unmatched customer service, and our genuine desire to see your property goals come true makes us the go-to resource for all your real estate needs. For sellers, We take full advantage of Coldwell Banker's® marketing suite to ensure that your property is broadly promoted on a variety of channels, including major real estate websites, and our negotiation skills are second to none. For buyers, we effectively analyze the local market and target trends to help you find the perfect home at the right price.